Enterprise Workflow Automation: A partnership between LOB and IT Leaders

Enterprise Workflow Automation: A partnership between LOB and IT Leaders 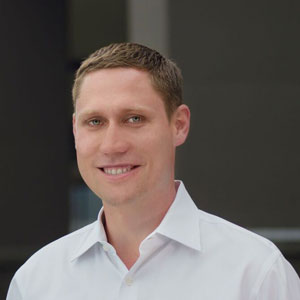 Almost anywhere you look in IT these days, you hear the same narrative- “This new solution can reduce your IT department’s workload, freeing them to focus on more strategic projects.”

“The CIO perspective is critical in gauging how safe and secure is to adopt a new cloud-based offering, including workflow management”

In the world of business process automation or workflow management, the storyline is slightly different. We’re not removing work from the IT department’s plate. Rather, we’re making it possible to do work that almost everyone wants to get done but which doesn’t officially fall on anyone’s plate. So as our industry moves ahead, we might start thinking about what our unique narrative is.

Before moving on, let me be clear- Freeing up IT is extremely valuable. Today, CIOs are much more than the chief IT fixer. Ideally, they’re weighing in on decisions about the company’s strategic direction — from what technology to bring on board to which customers to target. The CIO perspective is critical in gauging how safe and secure is to adopt a new cloud-based offering, including workflow management. And we won’t get that perspective if our CIOs are completely absorbed in everyday IT stuff.

So the “free up IT” narrative is a good one — it just isn’t ours.

Now that begs the question- What is?

Workflow is incredibly valuable, but no one in the office really owns it. In a way, it does make sense to think of it as an IT responsibility, because IT has the technical expertise to figure out and customize and automate processes. On the other hand, it also makes sense to think of it as the responsibility of the people in charge of the processes in question — namely, Line of Business (LOB) leaders. They’re the ones with the expertise on why and how a process needs to change.

Since workflow could belong to both, it tends to belong to neither. Historically, no one has had the comprehensive expertise to make workflow their baby. So, while it may have fallen on a lot of people’s wish lists, it seldom made it to anyone’s to-do list, until now.

With the evolution of low-code development solutions, the technical expertise necessary to automate workflows has been brought way down. Low-code has given rise to “citizen developers” — non-experts who know enough to put their hands on the controls themselves. This may be an LOB manager, a copywriter with a knack for coding, or any number of people outside your IT department.

Using low-code, companies like Nintex can make process automation solutions much more attainable for customers. Someone can implement one of our solutions — or something geared toward consumers, by a company like IFTTT or Zapier — without having to find an expert inside or outside the company.

This fundamentally changes workflow’s orphan status in the organization. If they want to, LOB managers can now claim it as their own. Implementing a solution will still involve IT, as should anything of this nature. But their involvement can be limited to approval and oversight, as opposed to full hands-on orchestration.

Give the Keys to LOBs

Like I said, this doesn’t exactly take anything off of IT’s plate. But it does avoid piling more on, and so it plays a supporting role in helping free the CIO to take part in broader decision making.

In somewhat parallel fashion, it frees LOB leaders to be more autonomous and proactive about how work gets done in their departments. They’re the ones with the vested interest, so it makes sense to give them the keys to the tool shed. Low-code makes it so that the tools they find in there aren’t too arcane for them to use.

Now that the job of building and managing automated workflows has found a home in the organization, companies like Nintex are talking to different people than they used to. Instead of IT managers, we’re talking to people in accounts payable and other departments. “Can I build what I need using Nintex?” they ask.

Sometimes it’s still IT that brings us in, but they pretty quickly pass us on to the department that will actually be using the solution. Because whatever it ends up being, they want these departments to build it for themselves. This means there’s a higher priority for us to really understand the processes that people are reckoning with. There’s little to no technological buffer between us and the user anymore. And while that applies a bit of extra pressure on us to know our stuff, that definitely pays off for the customer.

As low-code shifts responsibility for enterprise workflow automation over to LOBs, it causes one other shift that’s important to note. It shifts workflow solutions away from customization, in favor of integrated, cross-product solutions.

This is because low-code solutions are like bricks. They’re easy to assemble, but still somewhat standardized. In the end, your structure may not feel utterly made for you and only you, because you’re working with bricks that were made for everyone.

This isn’t really a problem, though, because LOB managers like being able to dictate how the bricks are laid, even if the result isn’t infinitely personalized. And more than that, they’ll like being able to use bricks that improve workflows across products. That’s only possible with low-code.

Getting what seems like very basic insights, such as connecting sales to revenue, is often a very complicated cross-product chore. Thanks to standardization in APIs, we can devise workflows that bridge these products and make core insights easier to attain. “Bricks” like these will be immeasurably valuable, and no department head is going to miss the days of completely customized codes that only one employee in the company knows how to maintain.

It’s not about saving IT time or energy. It’s not even about helping people work faster or better.

At this moment in time, the story is more specific:

Now go forth and conquer. And while you do, be sure to keep your IT professionals in the know. They’ll be great partners as you digitally transform how business gets done.

CSI Technology Group: A Leap toward Modernization of the Public Sector

The Journey to Swift Digital Transformation

Virtual Immersive Learning: The Next Frontier in Higher Education

Making the Case For Moving from Health IT to Health Analytics

Data as a Business

Ricardo Leite Raposo, Director of Data & Analytics at B3