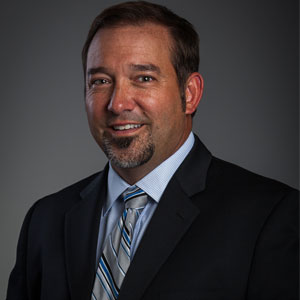 This is the conundrum a CIO has to explain within and beyond the C-Suite. The explanation can be even more difficult when it accompanies yet another budget request for more highly trained, high-salaried app developers to meet business demand. And when business leaders learn that even additional developers can’t actually overcome a backlog of six months or more, the conversation often heads south. This conflict plays out in companies everywhere as IT struggles to develop apps for an increasingly vocal, increasingly capable workforce, which knows it can do its job better and faster with mobile apps, if only IT could deliver them.

More and more often, managers–responding to demands of their workforce, frequently with the COO’s blessing–are bypassing IT to take control of deploying new applications. Where once the C-Suite depended on IT for a company’s technology innovation, there’s a growing trend for department heads to resort to “Shadow IT,” rather than waiting for that innovation to get to the field through traditional IT planning and processes. Gartner predicts that through this year 38 percent of technology purchases will be defined, controlled and managed outside IT.

At the crest of the rising tide of rapid development platforms is the concept of zero-code, where business users can build apps without writing any code

Members of the C-Suite grow less tolerant of an IT department they consider slow and non-responsive. So does the enterprise workforce. In the middle, the CIO scrambles to defend turf and relevancy, while some areas of the company opt to work with less security and control, threatening the enterprise, but getting work done more quickly and efficiently without IT oversight. Internal C-Suite skirmishes flare up more often these days, and even when they are won–by either side–the enterprise can lose.

What can be done to bring IT back into sync with the corporate mainstream–or perhaps that mainstream back to IT?

One answer might be the fastest-growing trend in digital mobility. The trend is only partly technological. At the crest of the rising tide of rapid development platforms is the concept of zero-code, where business users can build apps without writing any code. Understanding the cultural implication is essential to achieving this radical reimagining of work traditionally owned by IT. But instead of the often described citizen developer or Shadow IT notions where IT loses control, a zero-code platform is a framework that actually connects IT to the business and takes the notion of “write once, reuse many” beyond developers to the end users themselves.

It is driven by the numbers. IT can’t overcome a 5:1 demand deficit by working harder, smarter or increasing developer productivity. The equation has to be flipped. Business users don’t need to become developers. But they can assemble apps from self-describing, customizable features that have already been built by IT, ostensibly with all the enterprise architecture and security practices embedded in the components.

Today’s IT needs to become more adept at seizing opportunities to take advantage of new development paradigms. To do so, the CIO and staff must rid themselves of defensively slow-walking emerging technology through traditional processes that can make the application obsolete before it can be adopted. Instead, proven mobile technology components can be shared as building blocks ready for customization by users that are more than capable of tailoring them to their workflow needs.

By embracing a new collaborative approach, IT departments can take advantage of technology such as a zero-code, Platform-as-a-Service capability that lets users assemble mobile data-collection and reporting apps in minutes or hours that could take a developer weeks or months to build from scratch. Those apps can be assembled by a workforce that knows nothing about coding but are the real experts at the work itself. With a deep understanding of workflows incumbent in a specific job, users can design solutions through menus, in effect clicking, not coding an app that is also updated automatically as the underlying components are updated by IT. That collaborative system means the apps are not susceptible to the high costs of lifecycle management associated with traditional custom app development. Because the zero-code platform is based on the use and reuse of IT-certified components, it embeds the best practices for enterprise security and controls.

By taking advantage of adaptable zero-code component technology, the CIO can retain ownership of software while relinquishing control of business adaptation. They can reduce risks that are incumbent with “Shadow IT” and reestablish their role as enabling business innovation. By “doing less” within a new collaborative framework, they can eliminate development backlogs, save money and accelerate the deployment of new capabilities. Zero code approaches also mean IT has more time to work on strategic programs and systems integration as opposed to fragmented application projects. The department returns to the role of enabler, rather than being perceived as a bottleneck, shrouded in technological mystery.

Planning conversations in the C-Suite no longer have to include as many debates for mobile-driven budget increases and high-salaried development specialists once it’s understood that every app doesn’t require reinventing the wheel. Time is saved when the CIO doesn’t have to spend as much of it defending the inherent financial and technical challenges associated with the development backlog.

The CIO and COO rejoin efforts. The internal war is over. Everybody wins; except maybe the competition reluctant to embrace the promise of zero-code.

CSI Technology Group: A Leap toward Modernization of the Public Sector

The Journey to Swift Digital Transformation

Virtual Immersive Learning: The Next Frontier in Higher Education

Making the Case For Moving from Health IT to Health Analytics

Data as a Business

Ricardo Leite Raposo, Director of Data & Analytics at B3