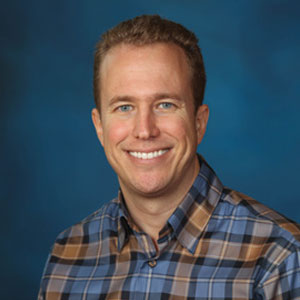 AppViewX is revolutionizing the manner in which NetOps and SecOps teams deliver services to Enterprise IT. The AppViewX Platform is a modular, low-code software application that enables the automation and orchestration of network infrastructure using an intuitive, context-aware, visual workflow. “The operations team can easily optimize network infrastructure using AppViewX without a thorough knowledge of coding and can share the result with their internal applications development teams,” states Ryan Windham, CEO of AppViewX.

The platform uses a micro-services architecture that is distributed and scalable for hybrid environments. Its comprehensive reference architecture supports various controllers, DevOps tools, other orchestration tools and management platforms.

AppViewX features a visual workflow that provides out-of-the-box, low-code components along with an intuitive, drag and drop capability to create simple or complex workflows. This enables network administrators to easily create workflows without stressing about programming or Python scripting which can be leveraged by application developers. The platform can also detect the state and status of all the network devices, senses the changes in the network, configuration, and traffic flow, and allows to launch automation workflows for remediation during an outage. What makes AppViewX second to none is the ability to visualize and map the entire application delivery infrastructure and share it with the application teams.

AppViewX also offers Certificate Lifecycle Automation solution that enables an organization’s IT team to manage and automate the entire internal and external PKI. “The platform also allows the users to create, renew, revoke, and automate certificates and key lifecycles on application servers, firewalls, and the endpoint devices in their multi-cloud environments,” remarks Windham.

The solution protects organizations from any possible threats to its business by providing visibility into the SSL certificate and key infrastructures. The platform is also embedded with hardware and software vault, encryption capabilities, HSM, and several certificate authority integrations to enable better cloud security.

Another constituent of the AppViewX platform is the Network Security Automation solution, which provides an application-centric view into the state of the network security infrastructure running in multi-cloud environments. Application, network, and security engineers may self-service and initiate automation workflows that deliver compliance and true business agility.

Using the AppViewX platform organizations have been able to reduce their SLAs on infrastructure thereby decreasing their time to market and delivering more value to their customers at a quicker rate. AppViewX’s expanding client list includes a significant number of Fortune 500 companies, top commercial banks, and healthcare companies. One of the customers, a well-known financial services organization, used the AppViewX platform and over a span of 18 months, brought down the time taken to provision their infrastructure from an average of 10.5 days to 5 minutes. “There was an inverse correlation as more infrastructures were automated by AppViewX, the time taken to sort network service requests was dramatically reduced,” remarks Windham.

As numerous low code platforms enter the market, AppViewX intends to focus on building their ecosystem around certificates, which gives them a competitive edge. The company also plans to rollout out-of-the-box workflows powered by AI (Artificial Intelligence) and ML (Machine Learning) to help users in making intelligent decisions.

Description
The AppViewX platform is a modular, low-code software application that enables the automation of network infrastructure using an intuitive, context-aware, and visual workflow 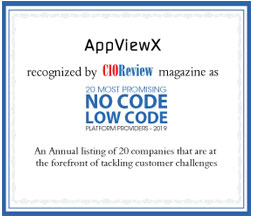 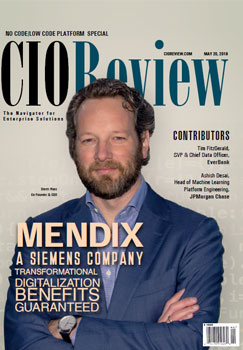