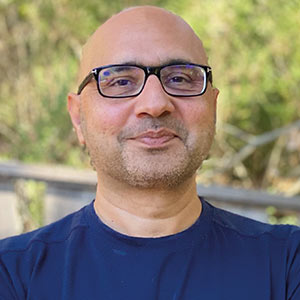 Jag Lamba, CEO
There are tech firms that help businesses overcome a set of problems niggling at their feet, and there are mavericks that enable their clients to create a parallel universe where they can operate their business at the speed of light. Certa belongs to the ilk of the latter. Through its no-code platform, Certa solves the procurement bottleneck in large global enterprises that work with thousands of suppliers and partners across the world often requiring complex, multi-stakeholder due diligence that brings the process to a grinding halt

For an enterprise, vetting a supplier means carrying out profile, financial, operational stability, reputational, information security, privacy, compliance checks to name just a few, and cutting through layers of traditional corporate red tape. But that is just one part of the problem. Every enterprise has diverse functional groups governed by their own rules and policies, which can be quite different from other groups in the firm. Moreover, business rules in some departments—legal, for instance—can be quite complex. Imagine the massive operational overhead of aligning the business processes across groups spread in hundreds of locations operating in tens of different languages globally. Plus, siloed data sources and systems which all play a vital role in the process. In this labyrinth, how do you vet, manage, and monitor these thousands of partners across their lifecycles? Is a manual orchestration approach even thinkable?

“Certainly not. To that end, Certa breaks the mold in not only solving procurement bottlenecks but also enabling high levels of integration, automation, and customization per: business, region, and functional group in large enterprises,” says Jag Lamba, CEO of the company. Certa enables such a parallel universe through its targeted focus on several KPIs that include: advanced workflow orchestration and automation, data and system integration, creator productivity, enterprise productivity, information security and privacy controls, and ongoing change in circumstance monitoring. And, all this, without having to spend years building custom solutions or systems integrations. Certa spans multiple environments, including development, testing, and production across various business environments and groups. What’s more, it is designed for business users, not the IT power users in an enterprise. And deployment needs zero involvement from Certa. The no code integrated development layer built on top of the platform manifests itself as a user-friendly design studio allowing clients to build unique and customized solutions to onboard suppliers and partners in a flash.

Tackling Complexity as well as Security and Compliance Gaps

Certa has done what other software firms only dream about. No-code solutions were infamous for their limited ability to handle complex scenarios until Certa stepped in. The company’s DNA is swim lane centric. This enables clients to visualize the workflow and responsibilities to guide users towards making informed decisions to connect with by enacting company policy through the right stakeholders across functional groups from the ground up without ever needing to know the full process. The in-built advanced rules engine acts as an invisible guiding force to ensure compliant decisions are the norm.

The other key element of Certa’s value proposition is integration hubs that allow clients to enable the handshake between different systems without any code. Coupled with additional features such as headless flows, the platform triggers a process whenever a new integration is enabled. For instance, if a supplier’s financial risk rises above a threshold, the platform automatically generates a process within Certa to take necessary actions.

Certa breaks the mold in not only solving procurement bottlenecks but also enabling high levels of customization per: business, region, and functional group in medium-large enterprises

This is done by automatically adding new tasks to the task queues of relevant groups. The platform mitigates complexity in task queues by presenting the list of tasks for every user every time they log in. Certa has developed a never-heard-before mapping dependency capability through which clients can lay to rest the fear of causing inadvertent workflow damage while making changes within the system.

Procurement hassles created due to manual, mundane and ambiguous tasks often drain the energy of the different functional groups. To address this issue, Certa has introduced shared templates using which enterprises can build from and reuse across groups at scale. These templates drive speed to deployment, among other advantages. Recently, one of the largest tire companies went live and implemented Certa’s solution with their business users completing the implementation in full with no outside help needed. It’s that easy.

A critical component of Certa is its “Bring your own encryption key” (BYOK). Data Privacy (PII / SPII) and breeches are top of mind for CIOs. Certa’s BYOK encryption ensures even Certa’s backend engineers won’t have access to client sensitive information. No wonder a set of celebrated global leaders from the retail, aerospace, and credit card industries are using Certa to simplify their third-party journeys in 17 languages and 120 countries.

In a recent case study, a leading global ride-sharing company was able to expand its onboarding of local vendors globally with Certa’s help. The ride-sharing company had the daunting task of vetting local vendors cut out for itself. The challenge was to onboard reputable businesses without losing on time because it was the game of winner takes all. Certa helped the client achieve their goal. “This client started using Certa in 13 languages. And they needed just one team in one location to manage their global operations and expansion,” says Lamba. Certa wowed the ride-sharing company by managing all the regional settings, vetting, integrations, and handling of sensitive information. Today, this client is a family of 60,000 people and is still managed by a procurement team that hasn’t increased by a single head count. They added many new processes while becoming tidier, added more locations, scale is now 10x, but there are no extra people managing the high number of processes. Their head of procurement operations has highlighted how Certa has been critical for scaling their operations.

Having created massive client success stories for its clients globally, Certa is ready to take its value to the next level in the coming days. The company is changing the no-code game by developing an in-house test automation capability, something that has remained alien to the no-code world. Expected to be released in Q3 of 2021, Certa will take on the biggest hurdle that stands in the way of a no-code platform for handling complex workflows in large enterprises. “It has taken a long time, we finally cracked it and we are super excited about it,” says Lamba. 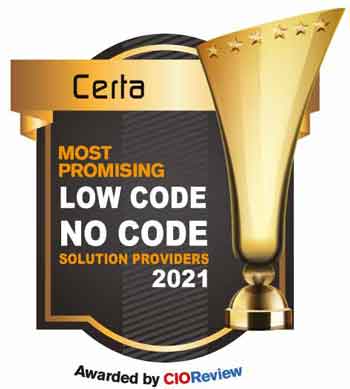 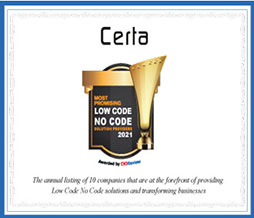 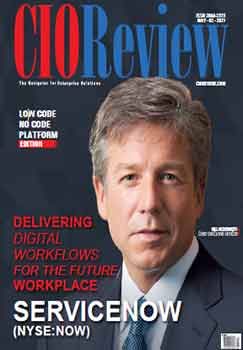